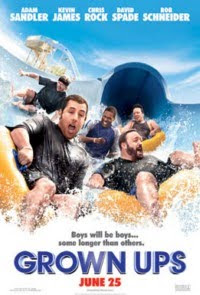 GROWN UPS--It just opened "number 2" at the box office-- I think that says it all.
Posted by Joyce Kulhawik at 12:57 AM